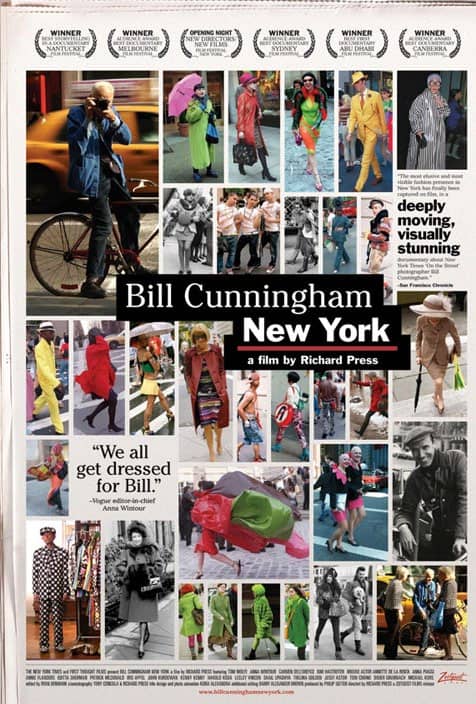 “Bill Cunningham New York”- A movie about the happiest and most delightful personality as a photographer and a human being. Bill Cunningham was so lucky that he found what he loves to do and he does it, and there, he wins grants and affection from all over the world, from all who know him and this way, he contributes to our lives and times.