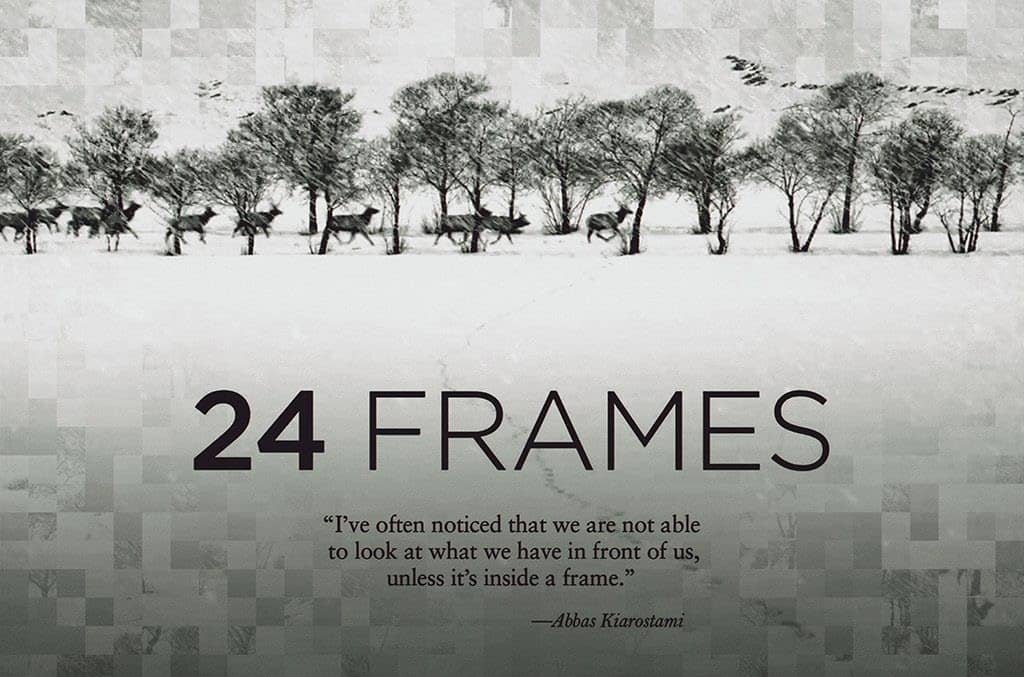 24 Frames’ is the last film by the acclaimed poet, photographer and director, Abbas Kiarostami and took the work of three years for its deliverance.

It premiered after his death at the 70th Cannes Film Festival. Essentially, this feature film consists of 24 short films of a duration of 4 ½ minutes each.

Each film breathes life into one still image, thereby bridging the gap between filmmaking and photography. Kiarostami wished to achieve this through his venture. He had expressed this wish in a 2000 interview. He said, “I want my films to become closer to my photography and more distant from storytelling.”

A photograph is just a passing image for us. We do want to know the story behind it, but that’s all. This movie has a terrific digital animation technique that compels us to imagine what occurred prior to and after the shot was taken. While Kiarostami’s work does answer this question to some extent, we are left to tie these strings on our own and get our own individual stories.