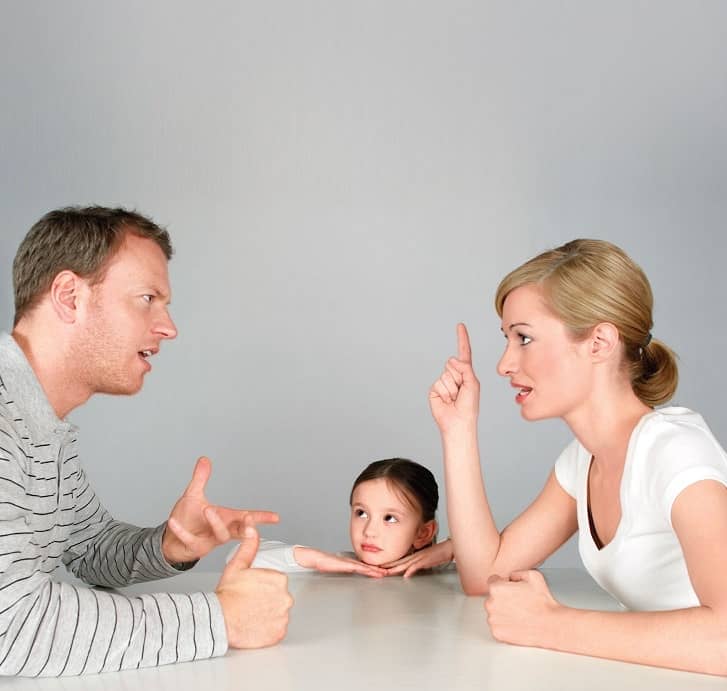 Arguments are a part and parcel of relationships. But having an impressionable toddler listening in could do more damage than you can imagine. Here’s how you can handle conflict amicably in the presence of your tot

Sarika and Vikas Desai were driving to another city for a weekend, with their son Rahul in the back seat of the car. When Rahul said he was hungry and wanted something to eat, Sanajana began to dig in her goody bag to bring out a packet of biscuits and flavoured milk which she had specially packed for him. Meanwhile, Vikas stopped the car at a roadside tea stall, and bought three-year-old Rahul a packet of chips. And that is how the argument began. Sarika began to shout at Vikas for making the wrong food choices for Rahul, while Vikas insisted that if she had been quick enough, their son wouldn’t have been whining for something to eat. It progressively got worse with both of them resorting to name-calling while the little boy began to wail.

DON’T PUT THE CHILD UNDER STRESS

A common scene in many houses, parental conflict could be the primary reason for the start of behavioural problems for a child. According to Bengaluru-based psychiatrist Dr Sumathi Ramachandra, “Children pick up a lot of signals from fighting parents, and these could cause them undue stress and anxiety. Kids see fights and arguments as a sign that things are not right. This makes them insecure and stressed. It could show up as aches and pains, or even recalcitrant behaviour.”