Why She Doesn't Want 'Good News' 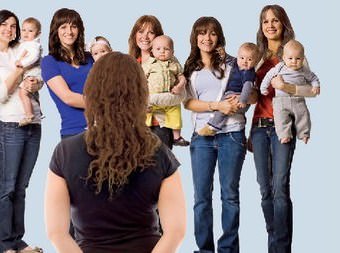 Be sensitive to those who dont want children. Deepa Suryanarayan tells you five things child-free women hate hearing from people with kids.

Any woman who has been married a while (read one month or more) has been at the receiving end of the ‘look’. In fact, it starts at the wedding, with relatives showcasing their mathematical skills, and making wise predictions such as, ‘Soon you two will become three.’ Then there is the intimate, quintessentially Indian question: ‘Is there any good news?’

Over the years, my answer to these questions, verbal and non-verbal, has been a resounding, unchanging ‘no’. I don’t see the need to explain my choice to remain child-free. A biological theory is that women with no desire to parent either have high testosterone levels or were exposed to above-average testosterone in the womb.

Or maybe I’m just too smart to have a kid. Last year, a controversial study from London School of Economics researcher Satoshi Kanazawa revealed an interesting link between intelligence and the desire to be a mother. In his book, The Intelligence Paradox: Why The Intelligent Choice Isn’t Always The Smart One, Satoshi suggests that for every 15 IQ points a woman possesses, her maternal urge drops by 25 per cent. Data from the American think-tank Pew Research Center suggests that “the most educated women still are among the most likely never to have had a child”. If these studies are anything to go by, the smarter a woman is, the less likely it is that she will want to have kids.