‘Discretion' is a powerful tool available to police 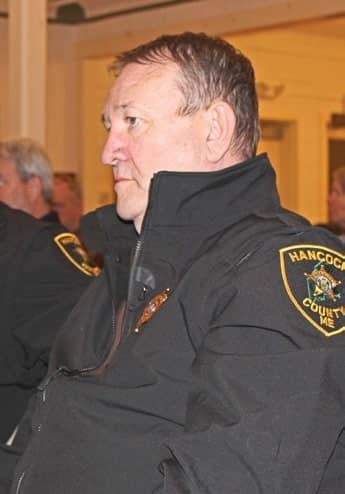 Hancock County SheriffScott Kane says unrest and bad policing in the country will bring change to his department, but he thinks the department, the way it is now, has one power that will keep it on its foundation.

“Discretion may be the most important power that police have,” Kane said. “Discretion on how to handle a situation can be used many ways. Used right it is the core of community policing. Used wrong it has led to what looks like crimes committed by some police.”

This was a theme in an interview with Kane which touched on many aspects of how the department works, or should work.

The interview came on the heels of the Hancock County Commissioners rejecting Kane’s request for “riot gear,” which, he says, was his mistake in the way he worded the request.

Kane asked for “riot gear” to be on the commissioner’s meeting agenda. The news at the time was covering ten million dollars of surplus U.S. Army weapons, accessories, and vehicles going to law enforcement agencies in the state. After the commissioners took the request off the table, Kane said, “I did not want military weapons or combat vehicles. This department does not want any kind of tactical team.

“What we wanted was strictly defensive gear in the event that there was a serious need—helmets, shields, and batons. When I looked at the internet to see what’s available and the cost it was all listed under ‘riot gear,’ so I used those words in my request. One of the commissioners, Antonio Blasi, is anti-police and he objected. It was my mistake, but I wish he had called me first.”