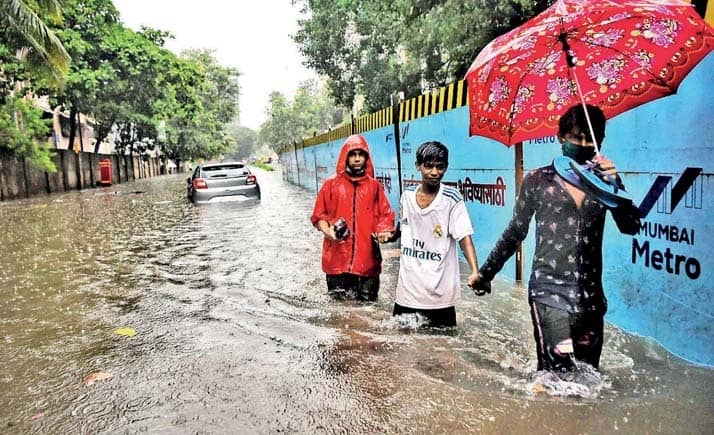 Rains lashed Mumbai and the rest of the Konkan region for the second consecutive day on Saturday, causing severe waterlogging and massive traffic disruptions in several areas. While Thane received the maximum rain (213.3mm) in the region, in Mumbai, Kandivli got the highest (184.3mm). It did not rain as heavily in the island city, though.

As usual, the high rain intensity caused waterlogging, wall collapses, tree crashes and a staircase fall, though no injuries were reported. Waterlogging in many low-lying areas continued till late on Saturday and BMC workers struggled to pump water out. A yellow alert, indicating heavy rain at isolated places, was issued for parts of Mumbai, Thane, and Raigad for Sunday.

MORE STORIES FROM THE TIMES OF INDIA MUMBAIView All