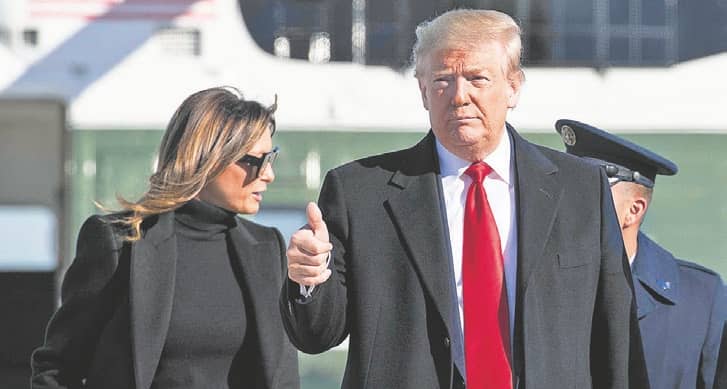 He will be the first US President to visit Sabarmati Ashram; says he had committed to the trip a long time ago; excited about big Motera turnout

MINUTES before departing for India, US President Donald Trump said on Sunday that he had committed to the trip “a long time ago” as Prime Minister Narendra Modi is a ‘great friend’.

“It is a long trip but I look forward to being with the people of India. Prime Minister Narendra Modi is a great friend of mine,” he said before his departure from the Andrews Air Force Base.

Without hiding his excitement about the “big event” in India, Trump claimed Modi had told him it would be India’s biggest ever.