Protests Rage In Iran Amid Reports Of Shooting By Security Forces 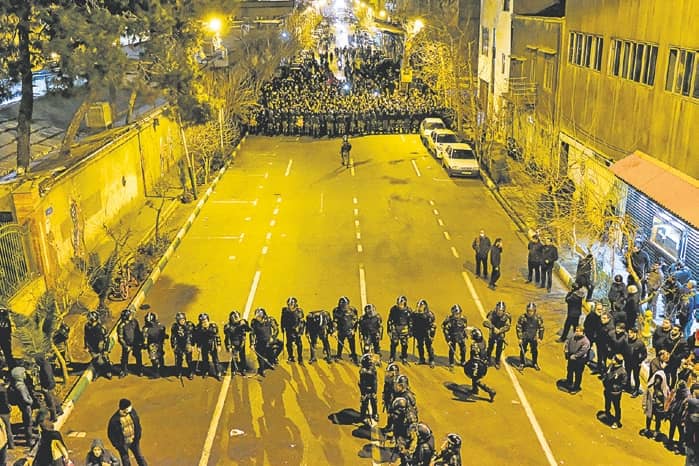 Backlash against govt grows, as Iranians tear down poster of popular general slain by US.

Online videos appeared to show Iranian security forces firing live ammunition and tear gas to disperse protests as popular anger swelled Monday over the accidental shootdown of a Ukrainian jetliner and Iran’s failed attempt to conceal its role in the tragedy.

The unrest comes amid soaring tensions between Washington and Tehran that have raised fears of a war between the two countries after a US airstrike killed Iranian General Qassem Soleimani.

Iran responded with a ballistic missile attack on two bases housing US troops in Iraq, without hurting anyone. It accidentally shot down the plane hours later as it braced for a US counterattack that never came.