Nothing To Fear About In The CAA, Says Uddhav After Meeting Modi 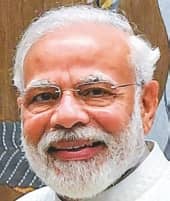 After a nearly hour-long meeting with Prime Minister Narendra Modi, Maharashtra Chief Minister Uddhav Thackeray on Friday said there’s nothing to fear about the Citizenship Amendment Act (CAA) and the National Population Register (NPR), reaffirming their consonance on the two prickly issues.

He later met Congress chief Sonia Gandhi and shared that the Centre was amenable to changes in the NPR questionnaire, also suggesting it was time the Opposition drops its agitation against the CAA and the NPR, the grand old party’s leaders in Mumbai revealed.