Did Jaws, India's Biggest Crocodile In Captivity, Die Of Stress? 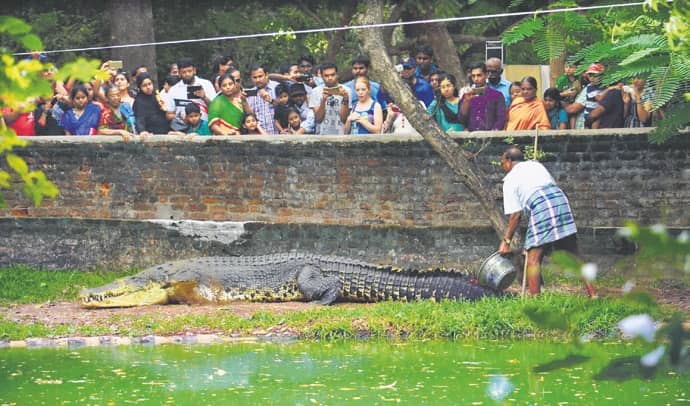 DID stress from the increasing noise pollution do in Jaws, India’s biggest crocodile in captivity, at the Madras Crocodile Bank? The 500-kg weighing animal who even allowed visitors to hand feed him is no more, and would soon be replaced by Thor for ‘the show on the road’.

Jaws died on Monday morning and the necropsy results are awaited. An official from the crocodile bank official said, “Necropsy results will tell us more, but his age is definitely a factor. He had been largely disinterested in food since May in spite of us offering him goat and fish. He was getting weaker and weaker. Over 50 years of age is a ripe age for croc and we were preparing for the worst, but still, we hoped he would pull out of this slump and start eating again.”