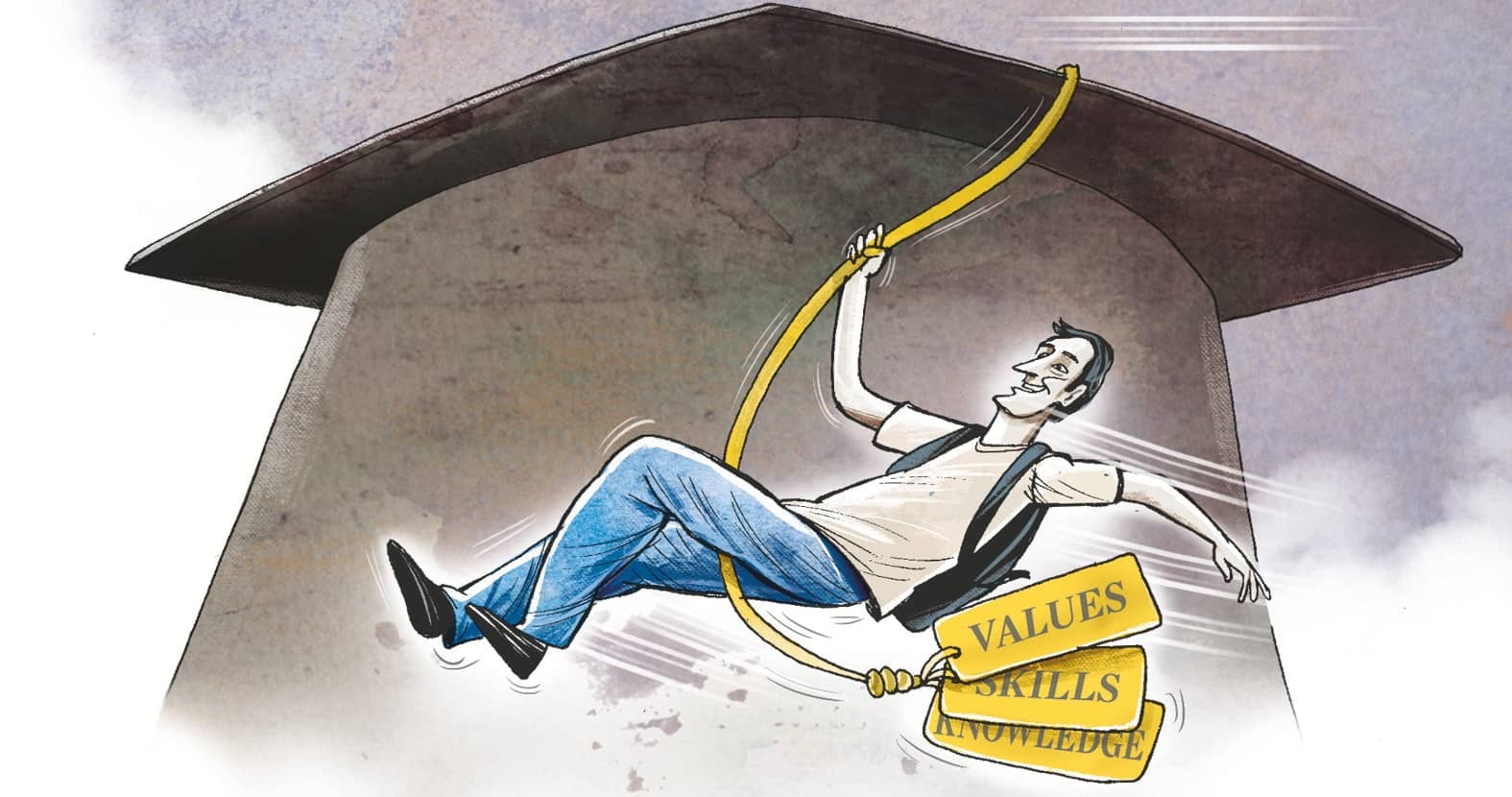 A holistic approach in higher education based on knowledge, skill and value is required for our nation to become a global talent leader

A recent report states that India jumped five ranks to 35th position in the Worldwide Educating for the Future Index 2019. The jump has been attributed to India’s efforts with the draft National Education Policy (NEP). This should serve as a motivation for the Narendra Modi government to get the much-awaited final NEP out soon. The final NEP will be based on the draft NEP, but far fewer pages compared to the 450+ page draft. It is understandable that the NEP committee spent over three years with over one lakh meetings to frame the policy. One of the members of the committee, Prof M K Sridhar, mentioned that the NEP committee had to consider a hundred-year history of Macaulayan education system in the country, followed by 70 years of the post-independence system to provide an exhaustive policy framework for the next generation education system.

The draft NEP received several critical inputs over the past 6 months or so. It is still unclear as to what extent tweaks would be made in the final version. But no policy is perfect, and it would make sense for the Centre to move ahead to finalise the policy and allow for periodic changes.

This article focuses on the NEP recommendations, specifically around Higher Education Institutions (HEI) and suggests some improvements. India’s struggle to get into the top 100 ranking amongst global universities is well known. Will India become one of the best over the next two decades? It is certainly possible if the policy is implemented in the right spirit irrespective of government in power.