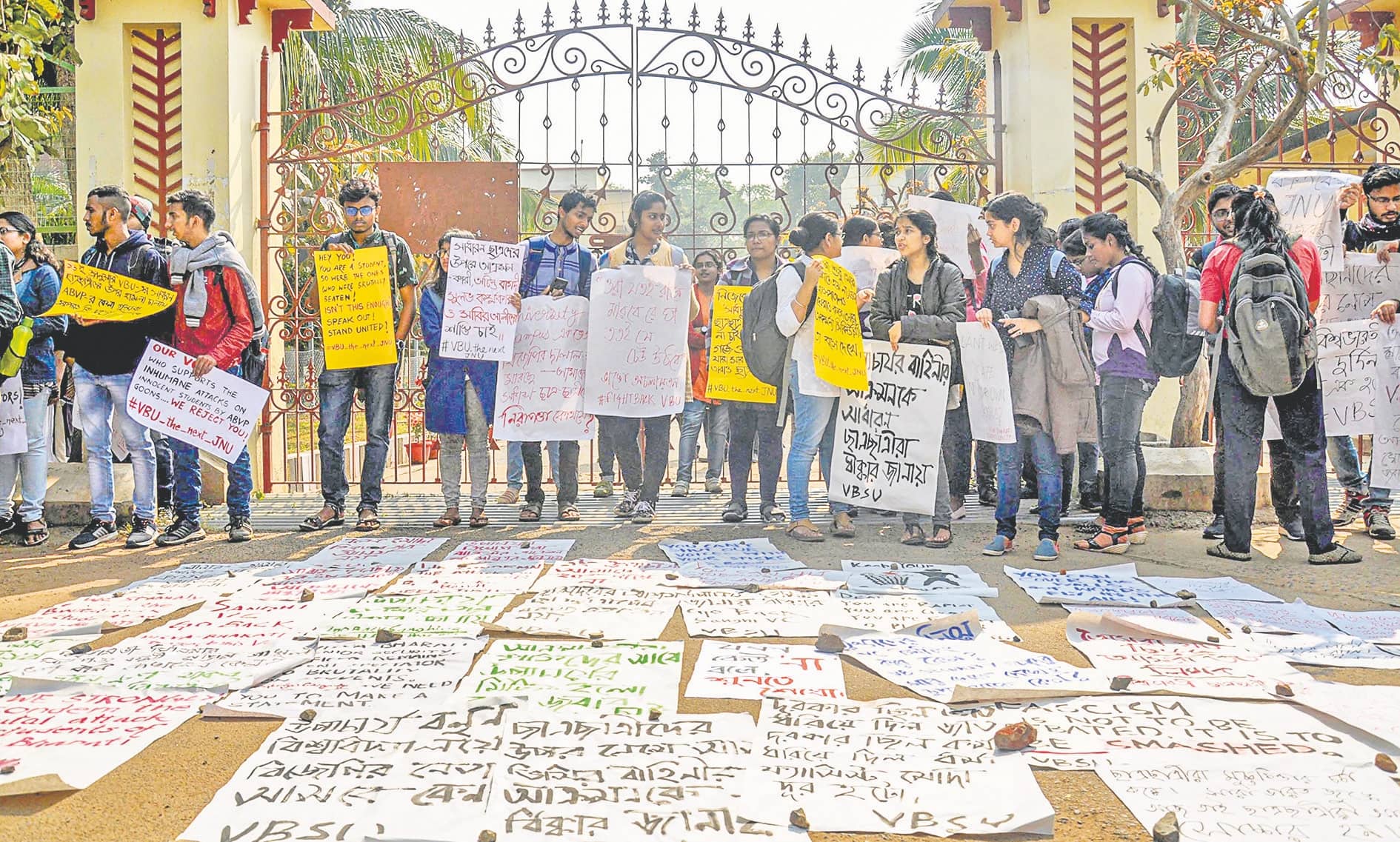 Five SFI supporters were allegedly beaten up with cricket stumps and wooden planks by ABVP activists at Visva Bharati University on Wednesday night.

The attack on the SFI was said to be a fall out of a protest against a lecture session of BJP’s Rajya Sabha MP Swapan Dasgupta on the contentious amended Citizenship Act at the central university on January 8. Dasgupta was gheraoed for hours and was not allowed to deliver his speech.