Gehlot Mellows, But Pilot Hurt At Being Called Names 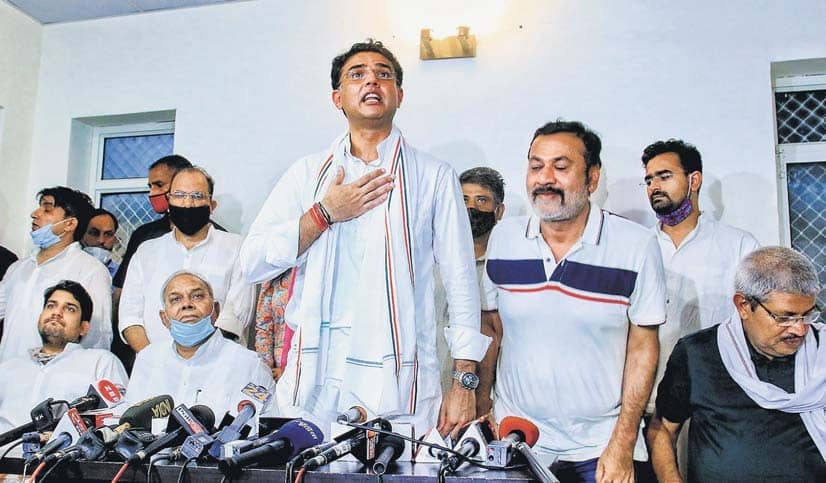 IN an indication that the bad blood between Rajasthan chief minister Ashok Gehlot and Sachin Pilot is not dead and buried, the rebel Congress leader said he was offended and hurt at being called names even though his bête noire appeared to mellow down, saying it was his duty to see that everyone in the party was happy.

Pilot told the media in Jaipur, where he returned after a month, that he had “no hard feelings,” but said he expected the “head of the family” to resolve disputes and take everyone along.

Before Pilot’s arrival in the state capital, Gehlot had left for Jaisalmer, where he held a meeting of the Congress Legislature Party late into the night. Talking to reporters before leaving, the CM said he would seek to understand the reasons for the revolt and would try to resolve the discontent.

“As the chief minister, it is my responsibility to satisfy the MLAs who are upset with me. I will find out why they are upset with me and I will hold talks with them to resolve all issues,” he said. Gehlot said the decisions of the high command would be conveyed to everyone by Wednesday.

Though distinctly soft on Pilot, Gehlot was unsparing in his attack on the BJP, which he claimed had been exposed badly in the Rajasthan crisis.

MORE STORIES FROM THE MORNING STANDARDView All