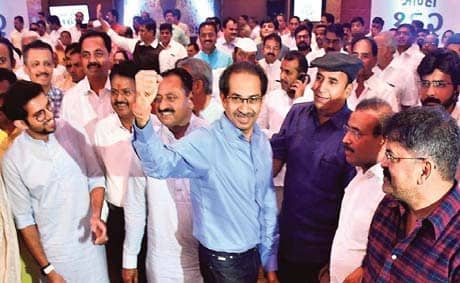 Oppn. show of strength brings 162 MLAs together to claim majority

Nationalist Congress Party president Sharad Pawar on Monday said he would not let the BJP capture Maharashtra through unparliamentary means.

Ahead of the Supreme Court’s ruling on the timing of a floor test in the Assembly, in a show of strength, the Shiv Sena, Congress and NCP brought 162 MLAs together at a five-star hotel in suburban Mumbai under the banner ‘Amhi 162’ (We are 162).

Addressing the assembled lawmakers, Mr. Pawar said he would personally ensure that none of them loses membership for voting against the BJP during the floor test.

He also clarified that Ajit Pawar had been removed from the post of legislative party leader.