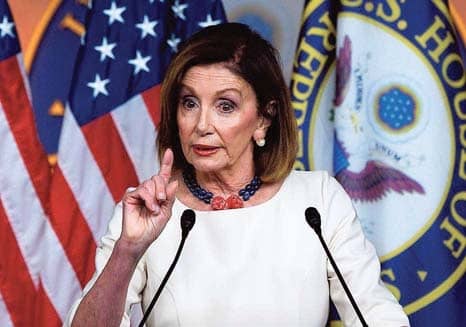 In an eight-page letter fulminating against the Democrats’ impeachment inquiry into U.S. President Donald Trump, the White House told the House Speaker Nancy Pelosi and other Democrat leaders that it would not cooperate with them, setting the stage for a constitutional battle between the Democrats and the administration.

Tuesday’s letter was signed by White House Counsel Pat Cipollone, and sent to Ms. Pelosi and the Chairmen of three House Committees heading an impeachment inquiry into the extent to which Mr. Trump had sought to pressure President Volodymyr Zelensky of Ukraine to investigate former Vice-President Joseph R Biden Jr., a serious contender for the Presidency in 2020, and his son Hunter Biden. Mr. Cipollone said Mr. Trump’s due process rights had been violated and that the inquiry “violates fundamental fairness”.