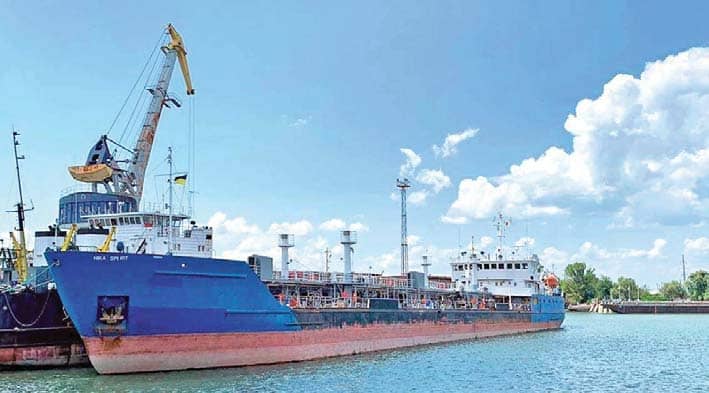 Ukraine on Thursday seized a Russian tanker for its alleged involvement in the capture of three Ukrainian Navy vessels by Russia, prompting Moscow to warn of consequences if any Russian citizens were “taken hostage”.

The crew members were later freed by Ukraine and were on their way home, but the tanker remained in Ukrainian custody in the Danube river port of Izmail, a spokesman for the Russian Embassy in Kiev said by telephone.

The seizure threatens to upset delicate negotiations on a possible prisoner swap between the two countries and came weeks after Volodymyr Zelenskiy, Ukraine’s new President, spoke with Russian President Vladimir Putin for the first time.