Uddhav To Be Maharashtra CM 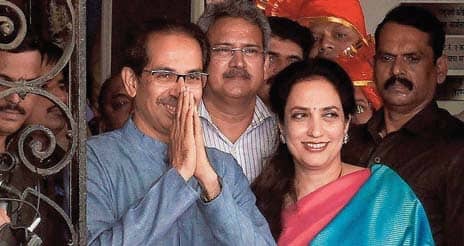 Almost a month after the results of the Maharashtra polls were announced and following two weeks of intense deliberations over the formation of a government, the Shiv Sena, the Nationalist Congress Party (NCP) and the Congress on Friday unanimously agreed that Sena chief Uddhav Thackeray would be the Chief Minister of the new government.

The talks between the three parties, however, remained inconclusive and an announcement of the formal alliance, called the ‘Mahavikas Aghadi’ was delayed, with leaders saying that certain issues were yet to be sorted out.