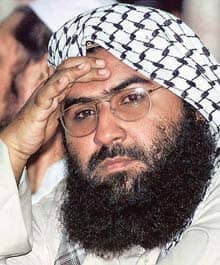 The U.S. on Thursday took the lead in bringing sanctions against Jaish-e-Mohammad ( JeM) chief Masood Azhar at the United Nations by circulating a draft resolution among Security Council members.

The move comes weeks after the 1267 Sanctions Committee failed to designate Azhar as a terrorist, after China placed a hold on a listing request that the U.S., the U.K., and France had brought before the Committee.

That listing request — the fourth such unsuccessful one in a decade — followed the February 14 suicide attack on a CRPF convoy in Pulwama in Jammu and Kashmir.

The draft resolution, which The Hindu has seen, borrows wording from UNSC press statements.