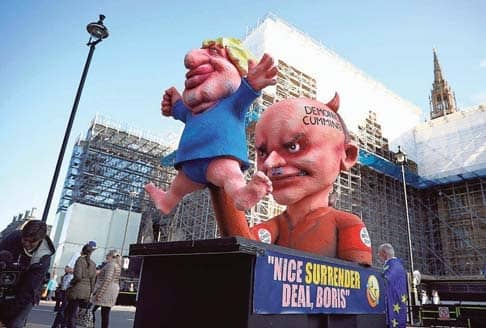 I will not negotiate a delay with EU, neither does the law compel me to do so, says PM Johnson

A defiant Prime Minister Boris Johnson said he would not negotiate a further delay to Britain’s departure from the European Union (EU) after Parliament voted on Saturday to postpone a vote on his Brexit deal.

Parliament voted 322 to 306 in favour of an amendment put forward by Oliver Letwin, a former Conservative Cabinet Minister.