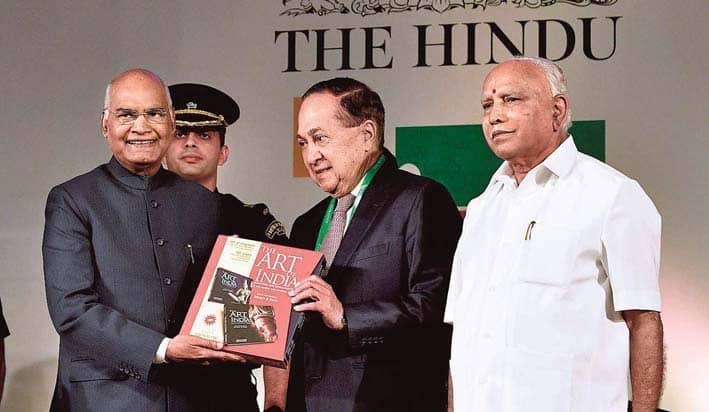 He inaugurated The Hindu’s thought conclave The Huddle in Bengaluru

“Truth exists in absolute form which cannot be eclipsed by blinkers of prejudices. It cannot be a case of ‘your truth’ versus ‘my truth’. Truth has to be one,” President Ram Nath Kovind said on Saturday, while inaugurating the fourth edition of The Huddle, organised by The Hindu Group of Publications.

Paying glowing tributes to The Hindu for “relentlessly aiming to capture the essence of this great country”, Mr. Kovind pointed out that sometimes dogmas and personal prejudices distort the truth.

As one of the oldest newspapers in the subcontinent, The Hindu had contributed immensely to nation-building.

“Fired by a nationalist impulse, six intrepid youth of Madras, barely out of their teens, founded The Hindu in 1878 to redeem our cultural pride. They challenged the imperial power at its peak and nourished nationalism,” the President said.

“Since then, the story of The Hindu’s journey is quite instructive for those who wish to understand the spirit of India that is Bharat. Readers too responded enthusiastically. For many in Chennai and elsewhere, the morning came to mean a cup of filter coffee and a copy of The Hindu,” Mr. Kovind said.