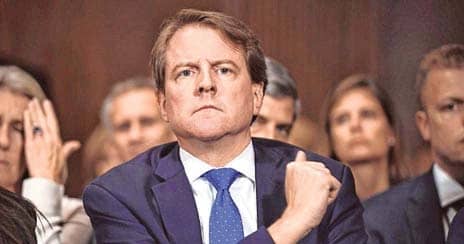 Declaring that nobody is above the law, a federal judge ruled that former White House counsel Donald McGahn was not “absolutely immune” from having to testify before Congress. The ruling increases the chances that Mr. McGahn, who was considered a crucial witness in the Mueller probe into Russian meddling in the 2016 U.S. elections, will testify in the ongoing House of Representatives impeachment inquiry.

“Per the Constitution, nobody is above the law,” Judge Ketanji Brown Jackson said in her 120-page opinion issued on Monday. Current and former presidential aides have to comply with “valid legislative subpoena” from a “duly authorised committee of Congress”, the judge said.