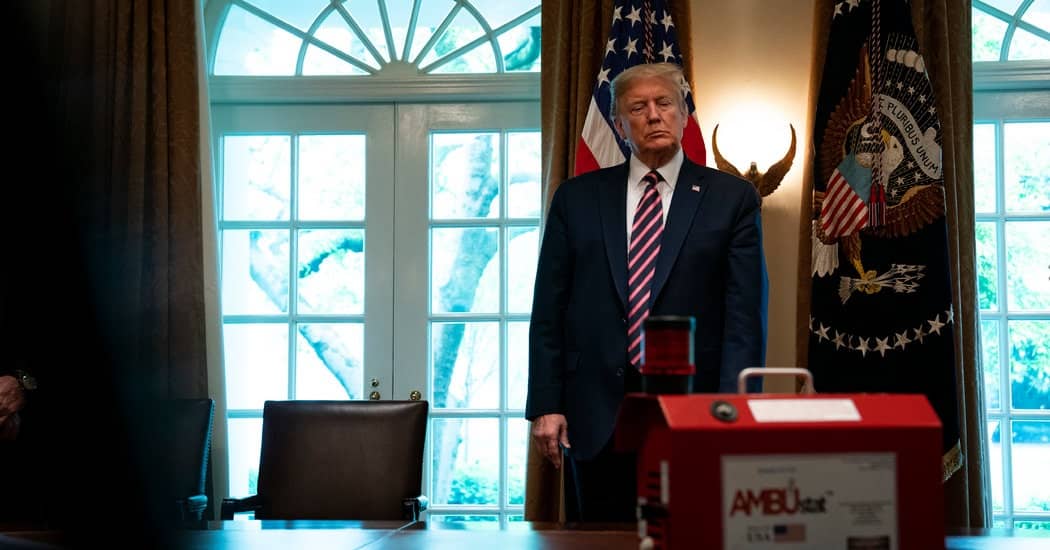 President Donald Trump’s public statements about using disinfectants to potentially treat the coronavirus have put him in the company of pseudoscientists and purveyors of phony elixirs who promote and sell industrial bleach as a “miracle cure” for autism, malaria and a long list of medical conditions.

The President’s comments, at a White House briefing last week, have already prompted widespread incredulity, warnings from health experts, and a spike in calls to poison control centres around the country. The makers of Clorox and Lysol urged Americans not to inject or ingest their products.

But some scientists fear Mr. Trump’s remarks could breathe life into a fringe movement that embraces the medicinal powers of a powerful industrial bleach known as chlorine dioxide. Among its adherents are Alan Keyes, the conservative activist and former presidential candidate who has promoted a chlorine dioxide-based product called Miracle Mineral Solution on his online television show.

The impact of Mr. Trump’s words “is going to be huge, especially among people who are desperate,” said Myles Power, a British chemist who works to debunk quack medical remedies. “My fear is [that] it will cause widespread harm to people who think that drinking bleach can prevent or cure COVID-19.”