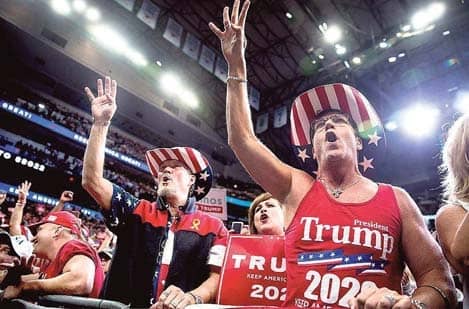 On any given day, President Donald Trump’s campaign is plastering ads all over Facebook, YouTube and the millions of sites served by Google, hitting the kind of incendiary themes — immigrant invaders, the corrupt media — that play best on platforms where algorithms favor outrage and political campaigns are free to disregard facts.

Even seemingly ominous developments for Mr. Trump become fodder for his campaign. When news of an impeachment inquiry against Mr. Trump broke, the campaign responded with an advertising blitz aimed at firing up the President’s base.