The Deep Void In Global Leadership 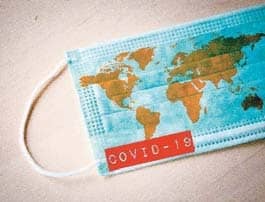 There is as yet no comprehensive, concerted plan of action by world leaders to combat the pandemic

The coronavirus’s flight across the world at lightning speed, has exposed the total void in collective leadership at the global level. Three months into the catastrophic war declared by an invisible, almost invincible virus, that is rapidly gobbling up human lives, regardless of citizenship and race, and contemptuously ravaging economies across continents, there is as yet no comprehensive, concerted plan of action, orchestrated by global leaders, to combat this terror.

The G20 has just had a virtual meeting, we understand, at the prodding of Prime Minister Narendra Modi. It is encouraging to learn that the G20 leaders have agreed to inject $5-trillion into the world economy to partially counter the devastating economic impact of the pandemic. This is indeed good news. But taking collective ownership to fight a global war against the virus will require a lot more than writing cheques.

World leaders are obviously overwhelmed with their own national challenges and do not appear inclined to view the pandemic as a common enemy against mankind, which it is. China delayed reporting the virus to the World Health Organization (WHO), and perhaps, in the process, contributed to the exacerbation of the spread of the virus across the globe. It was reported that the Trump administration did not even inform the European Union before it shut off flights from Europe. It must be acknowledged that the initiative taken by Mr. Modi in the early days to convene a meeting of South Asian Association for Regional Cooperation countries stands out in contrast to the pusillanimous leadership around the world.

There is no evidence that, at the global level, the pandemic has abated yet and would be brought under control soon. To imagine that nations would be able to tame the virus soon with massive shutdowns might be just wishful thinking. National shutdowns and physical distancing have been a challenge not only in the United States and some European countries, it would be more so in populous countries such as India. At any rate, such lockouts come at enormous economic and social costs. As long as the virus is alive in some corner of the world, it would resume its travel across the world the moment international travel restrictions are relaxed. Is it realistic to imagine that international travel will remain suspended until the last virus alive on this planet is extinguished? Epidemiologists point out that unless herd immunity develops — which will take long and come at the cost of at least half the population being infected — the virus will remain alive and strike whenever there is a lowering of guard.

This millennium has already suffered three pandemics and COVID-19 will certainly not be the last.