Taking A Long View Of The Pandemic Fight 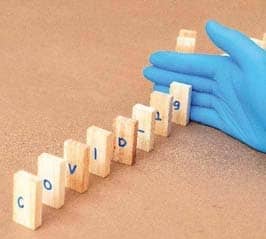 A month ago, few in our country would have thought that in a month’s time we would be confined to our homes for weeks on end, and with all the disruptions that we are facing now. Today we are in the midst of an unprecedented and concerted attack on an infection, mobilising the resources and ingenuity of the entire world to control (and not even annihilate) a single virus. The new strain of the coronavirus, named SARS-CoV-2, has been ravaging the world, with nearly a million-and-a-half infected and more than 75,000 confirmed deaths. And the end is nowhere in sight. How did we get to this situation?

About 12,000 years ago, our ancestors decided to settle down in various places, mostly large river deltas, and began agriculture and the domestication of cattle. This is deemed the birth of civilisation, as once the need to constantly gather or hunt for food was removed it gave mankind the time and the opportunity to develop art, music, language and science.

During the period of hunting and gathering, many died of injuries from encounters with predators or rivals, and starvation and disease. But those who did survive were strong and healthy. This changed once they stayed in one place and shared their settlements with animals. This also allowed microorganisms to mutate and jump from animals to humans. It is estimated that 60-70% of human infections may have been acquired this way, and the new coronavirus is one of them.