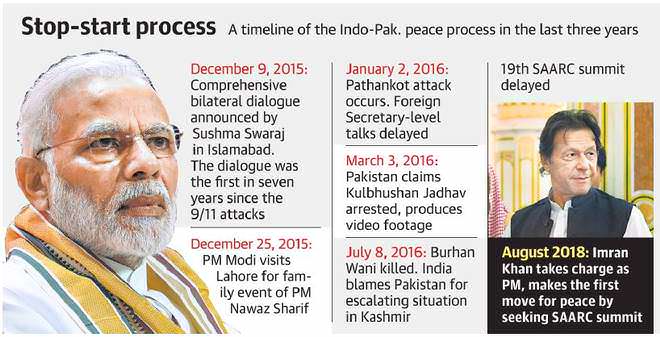 India on Thursday accepted Pakistan’s proposal for talks between the Foreign Ministers on the sidelines of the ongoing annual UN General Assembly session in New York.

“On the request of the Pakistani side, a meeting between External Aairs Minister Sushma Swaraj and Foreign Minister Makhdoom Shah Mahmood Qureshi will take place on the sidelines of the United Nations General Assembly at a mutually decided date and time,” said Raveesh Kumar, spokesperson of the Ministry of External Aairs.

India’s response came within hours of the news that Pakistan Prime Minister Imran Khan proposed talks between the two senior Ministers. However, India said the talks would not be aimed at a broader scheme of dialogue.