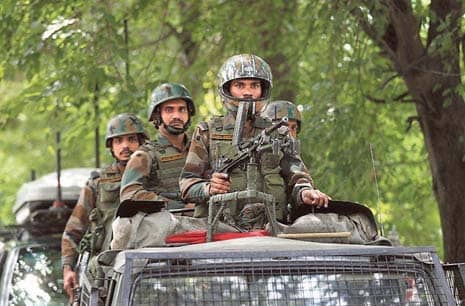 10,000 more personnel to be deployed; move attributed to Amarnath Yatra

As panic gripped Jammu and Kashmir over the additional deployment of 10,000 troops, a senior official said the movement was necessary as the security forces deployed in the Kashmir Valley were “stretched” in securing the Amarnath Yatra route.

K. Vijay Kumar, adviser to the Governor, told The Hindu, “Infusion of reinforcements is a calibrated response after a joint assessment of security forces, especially as a substantial number had been deployed on Yatra-related security.”

“There is no need to panic; extra personnel are being deployed so we could plan security operations effectively. Our hands were full as the Amarnath Yatra is going on,” another official said.