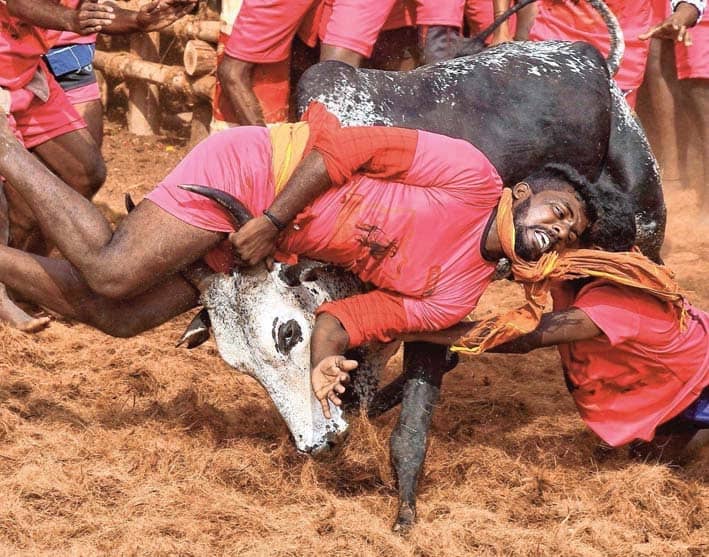 Several injured during the bull-taming spectacle in Coimbatore and Dindigul

A bull tamer was gored to death in a jallikattu event in Coimbatore, while another — a Class XII student — was killed in a separate event in Dindigul on Sunday.

In Coimbatore, several people were injured when 800-odd tamers took on more than 1,000 bulls in the presence of thousands of spectators at an event on the outskirts of the city.

P. Subash, 23, a native of Pudukottai, died after a bull he was trying to tame pierced his chest with one of its horns. Though he was rushed to the Coimbatore Medical College Hospital (CMCH) after being administered first aid, doctors declared him ‘brought dead’. A hardcore jallikattu enthusiast, Subash was staying near Chettipalayam, reportedly after his family sent him there for work.

Another tamer was admitted to a private hospital after a bull pierced his throat.