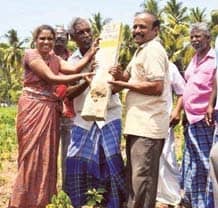 Says it will act as a deterrent for other infrastructure projects

Says it will act as a deterrent for other infrastructure projects

The National Highways Authority of India (NHAI) has told the Supreme Court that the Madras High Court’s April 8 order quashing land acquisition notifications for the proposed Chennai-Salem eight-lane greenfield expressway would act as a deterrent for other infrastructure projects planned across the country under the Bharatmala Pariyojana-Phase I, involving an outlay of 5.35 lakh crore.

‘Adverse impact’ Stressing on the need to stay the High Court’s verdict forthwith, NHAI told the apex court: “If the impugned (under challenge) judgment is not stayed, it will result in a multiplicity of litigation in all such mega projects by mischievous litigants and would thus cause an adverse impact on the economic and overall development of all such projects on a pan-India basis.”

Contending that the High Court had given an “erroneous” finding that environmental clearance must be obtained even before acquisition of lands and not just before construction of the highway, NHAI claimed that such a finding would indefinitely delay all ongoing as well as future infrastructure projects in the country and consequently cripple economic activities.