Soon, You Can See How The Harappans Looked 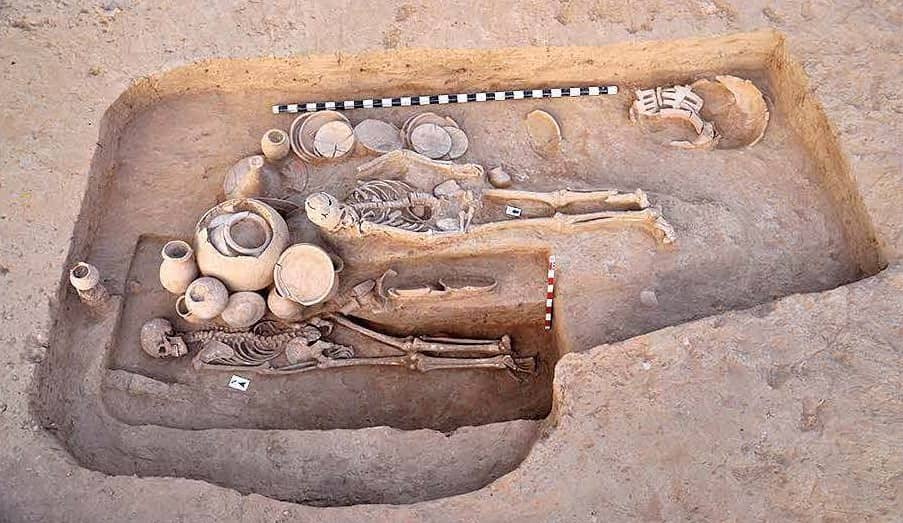 Experts recreating faces of five skeletal remains; results will be out in 2 months

Have you ever wondered how the people from the Harappan civilisation, more than 8,000 years ago, looked? Were they any different from modern day humans in appearance or did they look the same? Interestingly, it may not be long before one can have the answer to these questions.

A team led by Prof. Vasant Shinde, Vice-Chancellor, Deccan College Post-Graduate and Research Institute, Deemed University, Pune, is on the verge of recreating the faces of a few skeletal remains, dug up during the excavation of a Harappan site at Haryana's Rakhigarhi village in Hisar, in collaboration with South Korean scientists.

Dr. Shinde told The Hin-du that his team was recreating the faces of five skeletal remains and the results would be available within the next two months, soon after the publication of the paper in a journal after its review by experts.

The archaeologist, who along with his 25-member team — comprising experts from different fields — had excavated the site from 2012-16, said they had dug up cemeteries in a targeted excavation to find about 40 human remains.

However, most of the remains were found to be unfit for facial recreation.