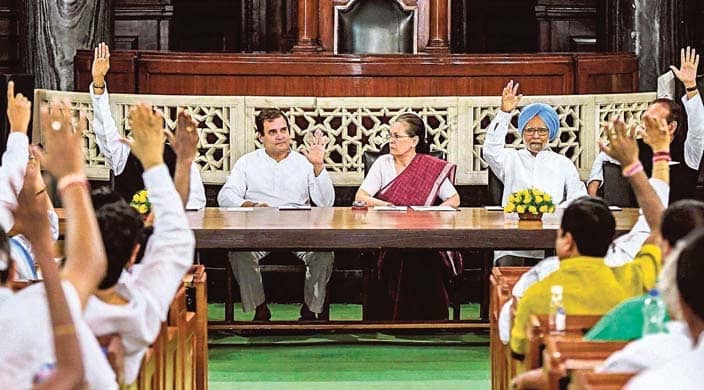 “Smt. Sonia Gandhi elected as the leader of Congress Parliamentary Party! She says, ‘We thank the 12.13 Cr voters for reposing faith in the Congress Party,” chief spokesperson of the Congress Randeep Surjewala said on Twitter.

‘For effective opposition’ Addressing the MPs, Ms. Gandhi urged them to play the role of an effective Opposition and ensure better coordination with like-minded parties in the Rajya Sabha.

Ms. Gandhi will now pick the party’s floor leader in the Lok Sabha. There has been speculation that Rahul Gandhi, who resigned from the post of president, may opt for this position. Mallikarjun Kharge held the post in the outgoing Lok Sabha. He was defeated in Gulbarga in the recent general election. The other front runner is the three-time MP Shashi Tharoor. The floor leader sets the agenda for his party in the House, decides its parliamentary strategy and coordinates with other Opposition parties and the government.