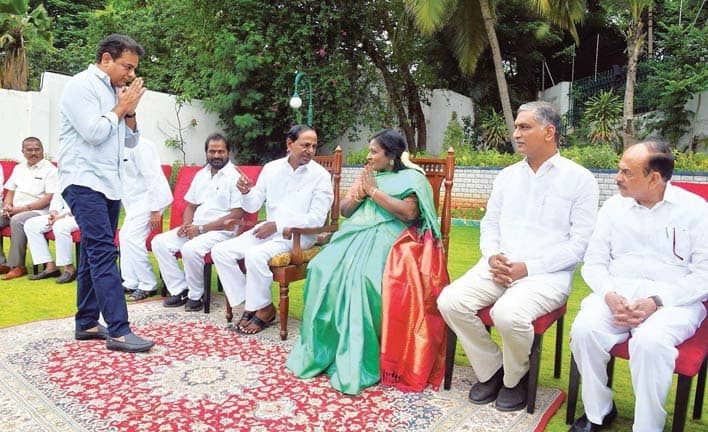 KCR’s son gets Municipal Administration, Industries and IT, nephew gets Finance; portfolios reshuffled

Telangana Chief Minister K. Chandrasekhar Rao on Sunday expanded his 12-member Cabinet by inducting six new Ministers. Governor Tamilisai Soundararajan — who assumed office earlier in the day — administered the oath of office and secrecy to the Ministers at a well-attended ceremony on the lawns of Raj Bhavan.

Mr. Rama Rao, popularly known as KTR, is the Chief Minister’s son, while Mr. Harish Rao is his nephew.