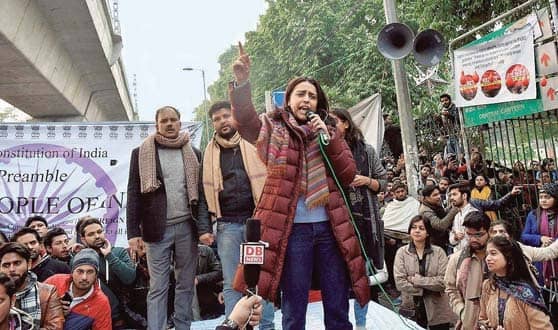 As the risks of speaking up are lower today, they should be less worried about their fan following

Over the past few weeks, several actors have spoken out against the Citizenship Amendment Act-National Population Register-National Register of Citizens (CAA-NPR-NRC) as well as the attack on students and faculty in Jawaharlal Nehru University. In a conversation moderated by Radhika Santhanam, Parvathy Thiruvothu and Dilip Cherian discuss why so many celebrities are suddenly speaking up and whether their voices make a difference. Edited excerpts:

Parvathy, activism is not new in the film industry. We had film personalities protesting during the Emergency. Many also speak up about specific issues – you, for instance, have consistently been critical of misogynist dialogues in films, among other things. However, what is different today is that so many film personalities are speaking up across regions, which we have rarely seen in recent times. What do you think has pushed them to speak up against the CAA-NPR-NRC and the violence in JNU and other universities?

Parvathy Thiruvothu: The magnitude of the repercussions that may befall us is very scary. What has been happening in Assam and Kashmir and the lack of information from these places has really pushed their buttons. Even before debates began over the CAA, conversations within the industry had already started changing during the communications shutdown in Kashmir. When we all got together, whether at a dinner party or a casual meeting or even a work meeting, we would start talking about what was happening and what could happen next. I have to say that these kinds of conversations are not new in the Malayalam film industry; talking politics is not new. I’ve always found actors and directors discussing current affairs that affect our cause, within the industry. But whenever I stepped out of the Malayalam film industry, I found that current affairs had nothing to do with industry politics. That has changed this time.

Dilip Cherian: I think the issues are getting more relevant for all of us. What started out as small issues have become issues that fundamentally affect everybody. The reason more people — whether actors, students, or doctors — are stepping out of their comfort zones is that the issues are more visceral.

Two, the big difference from, say, 10 years ago is that today, whether it’s actors like Parvathy or celebrities like Deepika Padukone, they have very sensitive audiences beyond their films. And by this I mean their social media audiences. So, these audiences are talking back to them and they are able to listen to these voices, not just the coins of the box office. Malayalam cinema has always been hyperconnected to reality, but Bollywood is now feeling the change.

Three, some years ago if an actor was critical, he or she would stand out like a sore thumb. Today they find many voices joining them. Whether it’s Swara Bhaskar or Richa Chadha, there are people at the forefront.

And four, for the first time you have a serious agitation in the country which is being led by women. The voices of women are not going to shut up, I think, whether it’s in Shaheen Bagh or elsewhere. They are making a big difference.