Shami And Umesh Put India On The Brink Of Series Sweep 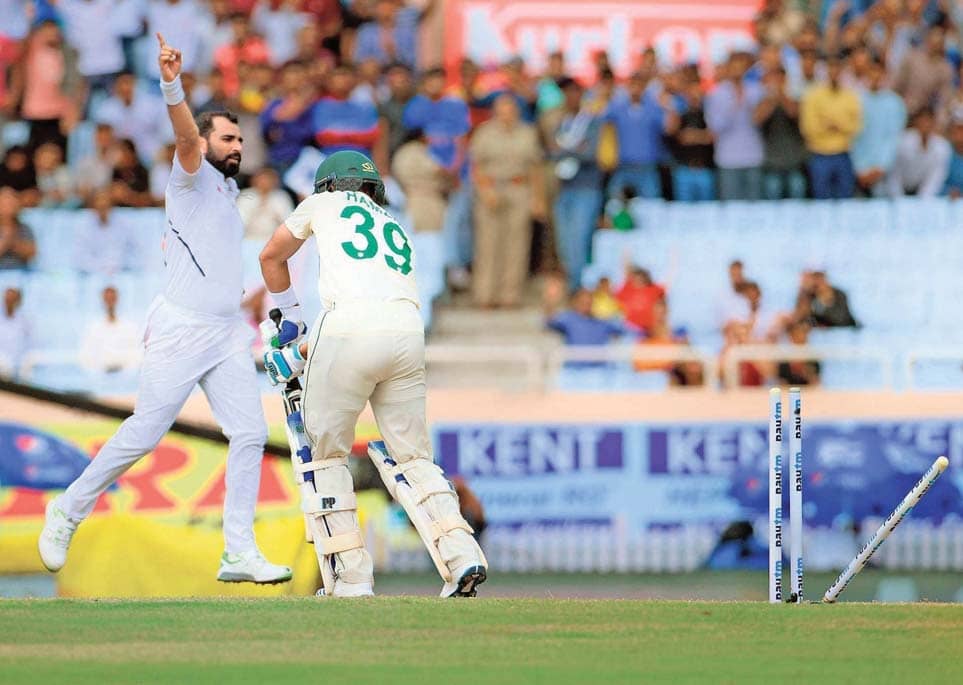 The two pacers, along with the wily Jadeja and debutant Nadeem, have the visitors in all sorts of trouble with some incisive bowling

Mohammed Shami and Umesh Yadav sliced through South Africa twice on the same day to send India hurtling towards a 3-0 series sweep in the third and final Test. A total of 16 South African wickets tumbled on Monday, with India’s pace duo accounting for half of them, as the touring side reached the brink of another embarrassing innings-defeat.

While it may be true that India enjoyed the best of the batting conditions at the JSCA Stadium, Shami and Umesh looked more threatening on a wearing pitch on the third afternoon than their counterparts had on the opening morning. From 9 for 2 in the first innings overnight, South Africa was bowled out for 162. India duly enforced the follow-on, before reducing the opponent to 132 for eight — still 203 runs in arrears — when bad light brought an end to an extended final session.