SNC Lavalin Case To Be Heard Only After Polls 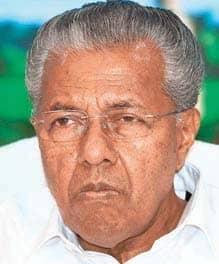 A month ago, the Supreme Court accused the CBI of “dragging on” the appeals against the discharge of Kerala Chief Minister in the SNC Lavalin corruption case. On Monday, the court itself decided to adjourn the case until after the summer vacation and the Lok Sabha election during April-May.

This time, the CBI said it was “ready” to argue its case but a Bench, led by Justice N.V. Ramana, decided to defer the case, saying hearing it would take time.

At the previous hearing on February 22, the Bench expressed its displeasure when Solicitor-General Tushar Mehta, for the CBI, sought an adjournment.