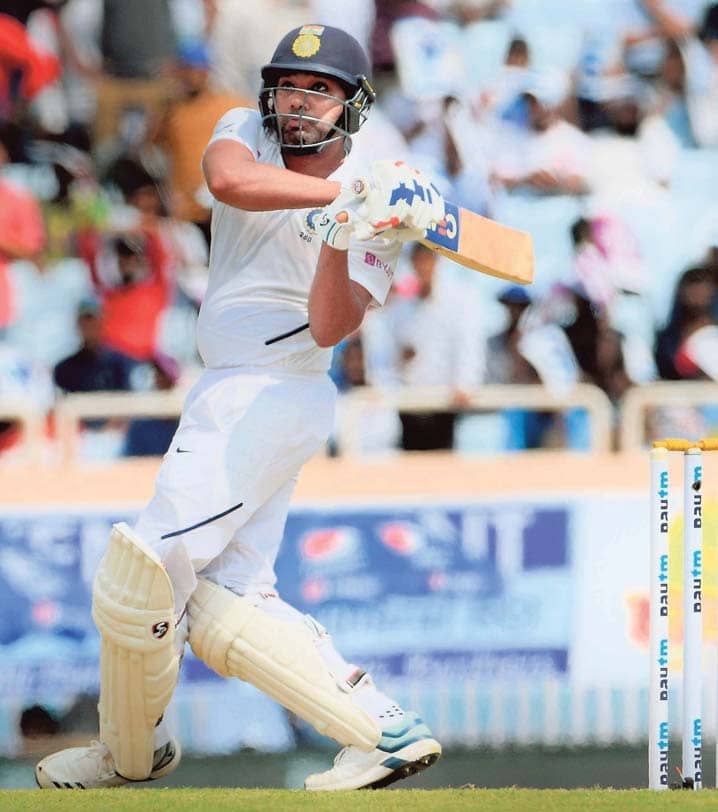 By the time the gloom fell over the JSCA Stadium, as if a blanket had suddenly been draped over the city, and brought play to a close, India could look back with satisfaction on another good day of Test cricket.

Rohit Sharma remained unbeaten on 117, his third hundred this series, with Ajinkya Rahane, on 83, for company. The pair had added 185 runs for the fourth wicket when the teams walked offfor bad light around 3 p.m. After having won the toss, India ended the opening day of the third and final Test of the Freedom Series against South Africa on 224 for three. 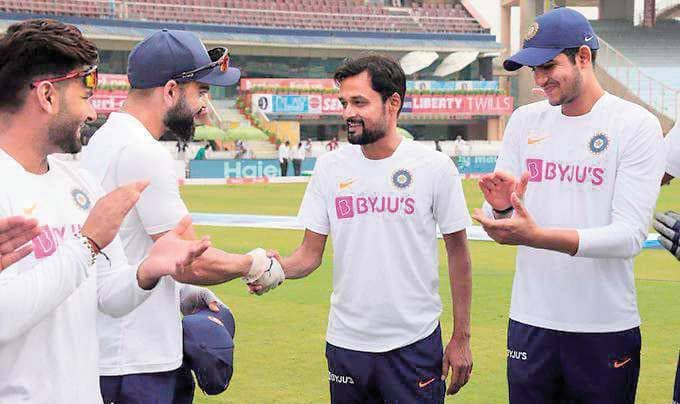 What that score does not reveal, though, was that Saturday’s work was anything but straightforward for India. For the first time this series, the top order was rattled by South Africa’s pace attack, with the home side three down for 39 at one stage. It took a partnership of great assurance and attacking intent between Rohit and Rahane to first steer the team out of trouble and then lead it to a position of strength.