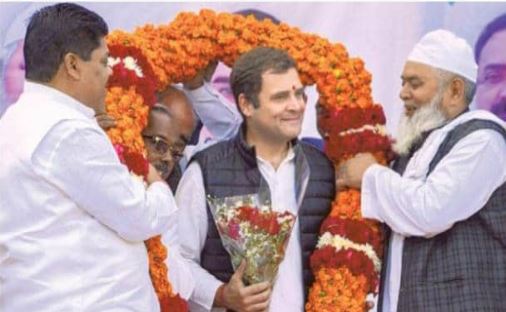 Cong. chief claims that his party will wipe out BJP to form govt. in the State

Congress president Rahul Gandhi on Thursday said he had placed his sister Priyanka Gandhi Vadra and Jyotiraditya Scindia in charge of Uttar Pradesh with the “target” of forming government in the State after the next Assembly elections.

This came a day after he appointed Ms. Vadra and Mr. Scindia as general secretaries in­charge of U.P. east and U.P. west respectively, and indicated a long­term role for her.

“We have come to defeat the BJP and wipe them out,” said Mr. Gandhi, addressing a meeting in Salon, Rae Bareli, on the concluding day of his two-­day tour.