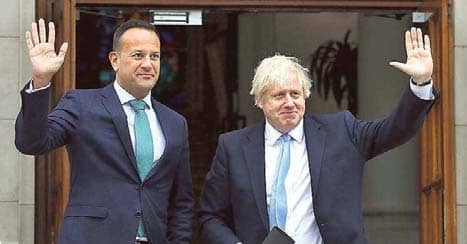 PM needs to postpone it to 2020 unless he gets a deal; Parliament also likely to reject his snap poll plans

A Bill demanding that Prime Minister Boris Johnson delay Britain’s withdrawal from the European Union on October 31 if he cannot get a divorce deal became law on Monday but his office insisted that Brexit would happen by that date, “no ifs and buts”.

Parliament was also likely to reject Mr. Johnson’s call on Monday for a snap general election, which he is seeking in order to break a deadlock over Brexit that has intensified since he took office in July pledging to get on with the departure.

“The Prime Minister is very clear that he will take this country out of the EU on October 31st no ifs or buts, he will not sanction any more pointless delays,” Mr. Johnson’s office said after the Bill became law.