Policeman Among 5 Killed In Delhi Violence Over CAA 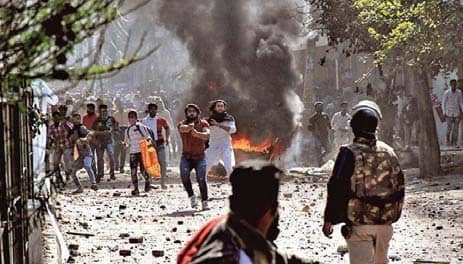 A police head constable and four protesters died in violence that erupted over opposition to the Citizenship (Amendment) Act in the Jaffrabad, Maujpur and Bhajanpura areas of northeast Delhi on Monday.

The violence took a communal color and spread to other parts of northeast Delhi as organized groups attacked each other, setting shops and vehicles on fire.

Tensions escalated hours before U.S. President Donald Trump was scheduled to reach Delhi for bilateral talks as part of his first state visit to India. While Mr. Trump will stay in central Delhi, more than 20 km from the violence, he is scheduled to travel to Rashtrapati Bhavan and Raj Ghat in Old Delhi.

Head constable Rattan Lal, 42, succumbed to head injuries after being hit by a stone in Gokulpuri. He had been trying to control the situation along with his contingent when he was hit. DCP, Shahdara, Amit Sharma were among the 11 police personnel injured.