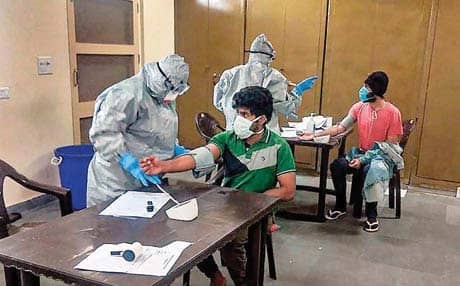 Contingency plans in place to bring back staff from Kabul too, if such a situation rises

India brought back 56 staff members and Indo-Tibetan Border Police (ITBP) personnel from Afghanistan on an Indian Air Force (IAF) aircraft on Tuesday night, effectively winding down the operations at its consulates in Herat and Jalalabad, in view of the novel coronavirus spread and growing security threats, government sources confirmed to The Hindu.

“A C-130 Super Hercules aircraft brought back 56 people from Herat, which reached Delhi on Tuesday evening,” an official source said. All 56 — 10 officials of the Ministry of External Affairs and 46 ITBP personnel who were stationed at the Consulate in Herat — were sent to the ITBP’s quarantine facilities at Chhawla, where 30 personnel from the Jalalabad consulate who returned last week are also being kept.