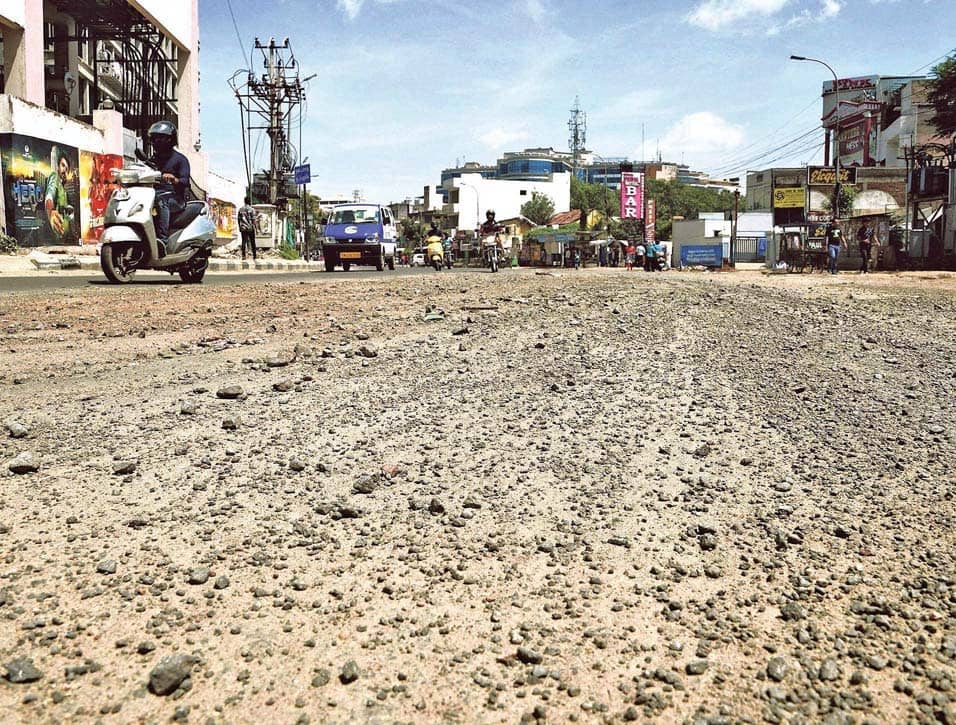 Digging by civic agencies and the recent rain have made commuting difficult; arrival of the northeast monsoon will worsen the state of the roads

Roads in various parts of the city have been damaged owing to the recent rain and digging of roads by line agencies.

Residents and motorists have been complaining to civic officials regarding the difficulties faced by them. Mogappair resident Jaswant Singh said roads in the area had been damaged by the work taken up by line agencies in the past few weeks. “Rain has worsened the situation. They dug up roads two months ago. The roads are still in a bad shape,” said Mr. Singh.

S. Swaminathan, secretary of the JAMBA United Welfare Association (a federation of residents’ welfare associations of Mogappair West), said the Chennai Corporation had stopped according importance to re-laying of roads in the past few years.

“Many accidents have been reported in the area. Most of the roads were relaid four years ago. The stretches have a number of potholes.