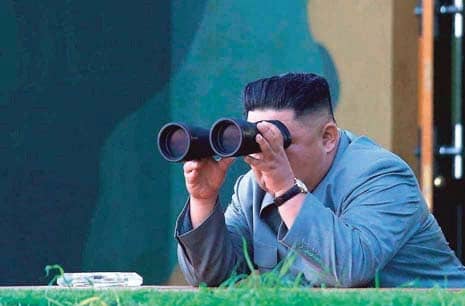 When North Korea said on Friday that it had tested a new, more advanced missile, it pointed the finger of blame at one man: Moon Jae-in, the South Korean President, who just last year embraced Kim Jong-un at their countries’ border.

The North said Mr. Kim, its leader, had personally arranged the missile test on Thursday to counter what it called Mr. Moon’s “doubledealing” — talking peace with North Korea even as he bought state-of-the-art F-35 stealth jets and planned joint military drills with the U.S.

Some analysts said Mr. Kim, in singling out Mr. Moon, was venting anger over his failure to win relief from crippling economic sanctions over his nuclear programme, with talks between his government and the U.S. having stalled. On the day the North made its announcement, bad economic news arrived — South Korea’s central bank said the North’s economy had shrunk by 4.1% last year, its worst contraction since 1997.