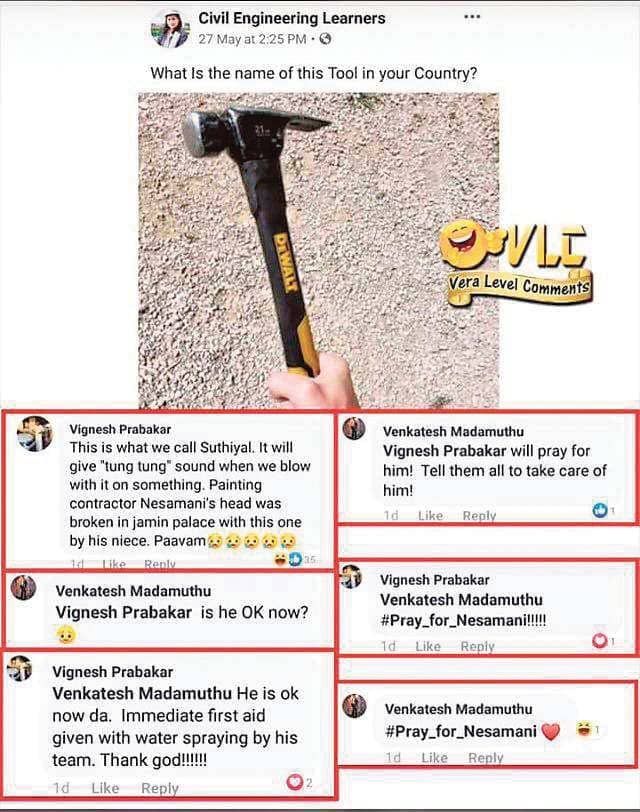 Famous Tamil comedy artist Vadivelu found himself in the midst of a tweet-storm from Wednesday evening after a Facebook user posted on a page called ‘Civil Engineering Learners’, a picture of a hammer and asked what it was called in other countries. The page reportedly originates in Pakistan and shares views on various aspects of civil engineering. The comments which followed ensured the hilarious turn of events.

One of the users, Vignesh Prabhakar, replied it was called ‘suthiyal’ in Tamil and went on to reference a famous character portrayed by Vadivelu in the 2001 Tamil film Friends, where the hammer falls on the actor’s head and he falls unconscious. The comedian portrays the role of a building contractor.