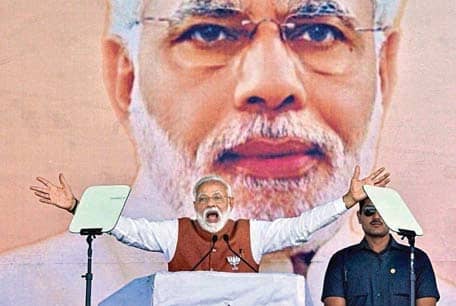 Talks of strikes on land, air and space

Hitting back at Congress president Rahul Gandhi for mocking him with a “happy World Theatre Day” greeting, Prime Minister Narendra Modi on Thursday said he didn’t know whether to “cry or laugh” at those “intelligent people” who confused ASAT (anti-satellite) with a “set” used in theatre performances.

Mr. Modi punned to target Mr. Gandhi, a day after the Congress leader had in a tweet wished the Prime Minister a “happy World Theatre Day” following his address to the nation announcing a successful AntiSatellite Missile test.

Referring to the test at an election rally in Meerut, Mr. Modi accused Opposition parties of “ignoring” the country’s “great achievement in space” and said their reactions raised questions about their intelligence.