Muzumdar Hopes To Make It Count 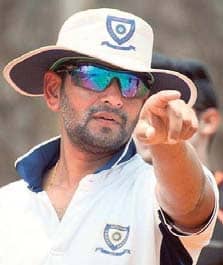 Despite being among the most prolific batsmen on the domestic circuit for almost two decades, the India dressing room eluded Amol Muzumdar. But his second innings, as a coach, has presented him with the biggest assignment at the right time.

The former Mumbai captain was announced as South Africa’s interim batting coach on Monday for its three-Test series in India, to be played in October.