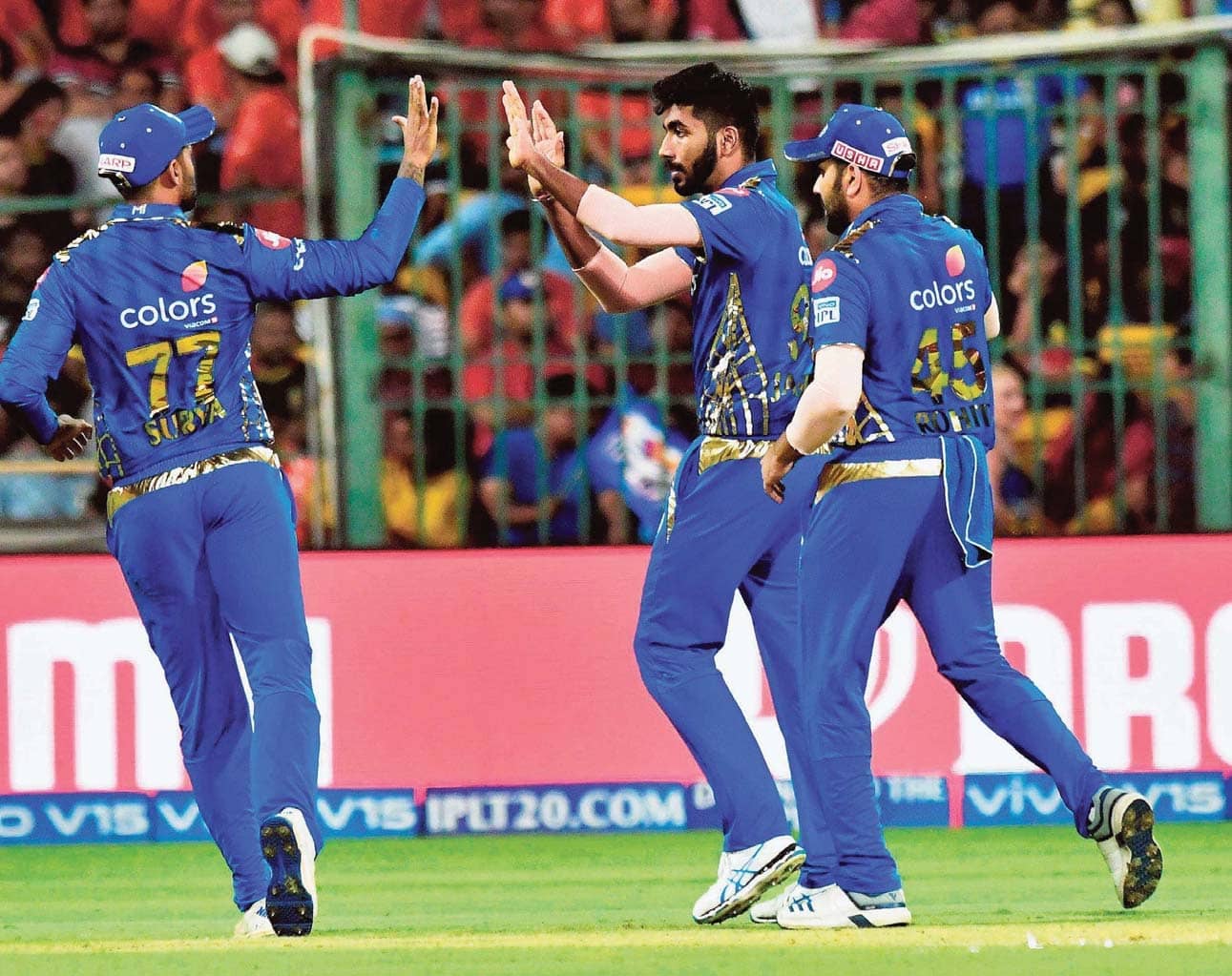 In a tournament packed wall-to-wall with muscular big-hitting batsmen, there’s something to be said for death-bowling.

Jasprit Bumrah and Lasith Malinga provided a fine demonstration of their rare skills at the M. Chinnaswamy Stadium on Thursday, as Mumbai Indians prevailed over Royal Challengers Bangalore by six runs. A.B. de Villiers made a valiant unbeaten 70 (41 balls), but with 22 needed off the final two overs, Mumbai emerged on top.

Bumrah conceded only five off the 19th, before Malinga calmly defended 17 in the last over. There was a hint of controversy at the finish, though, as it appeared that Malinga had over-stepped while sending down his final delivery.