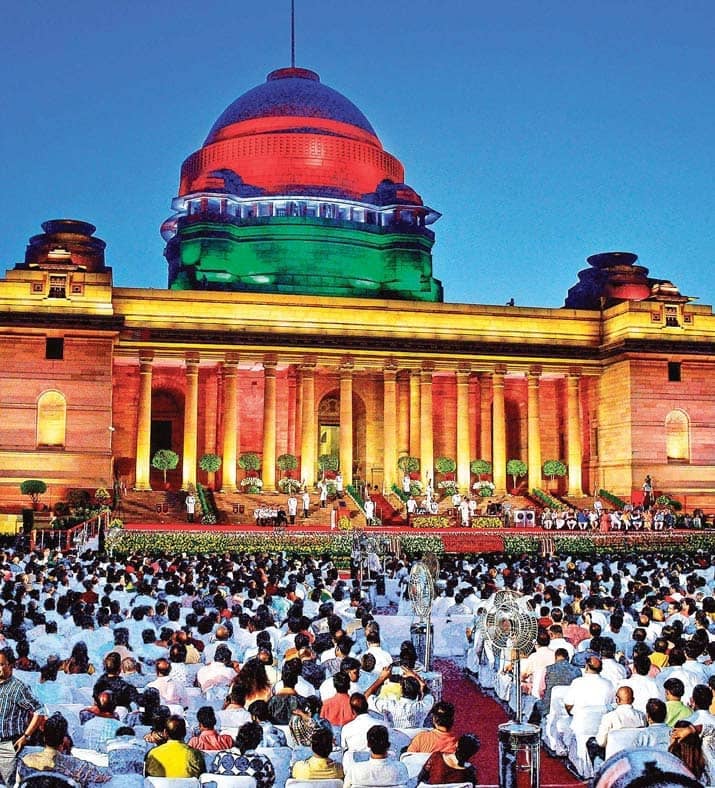 Prime Minister Narendra Modi, along with 57 Ministers, took the oath of office at a grand swearing-in ceremony held at Rashtrapati Bhavan on Thursday.

The size of the event, however, was not the only thing that made news, with BJP president Amit Shah finally deciding to join the Union government, and former Foreign Secretary S. Jaishankar making a surprise entry into the Cabinet, among the top 10 Ministers.

The drama of the event was not restricted to those who did not make the cut from the last government — almost 22 Ministers have been dropped, including those who lost the election this time.

The Janata Dal (United), a constituent of the NDA, hogged the limelight, ironically, by keeping away because Bihar Chief Minister and party president Nitish Kumar demanded more berths than the single one being offered to every ally.