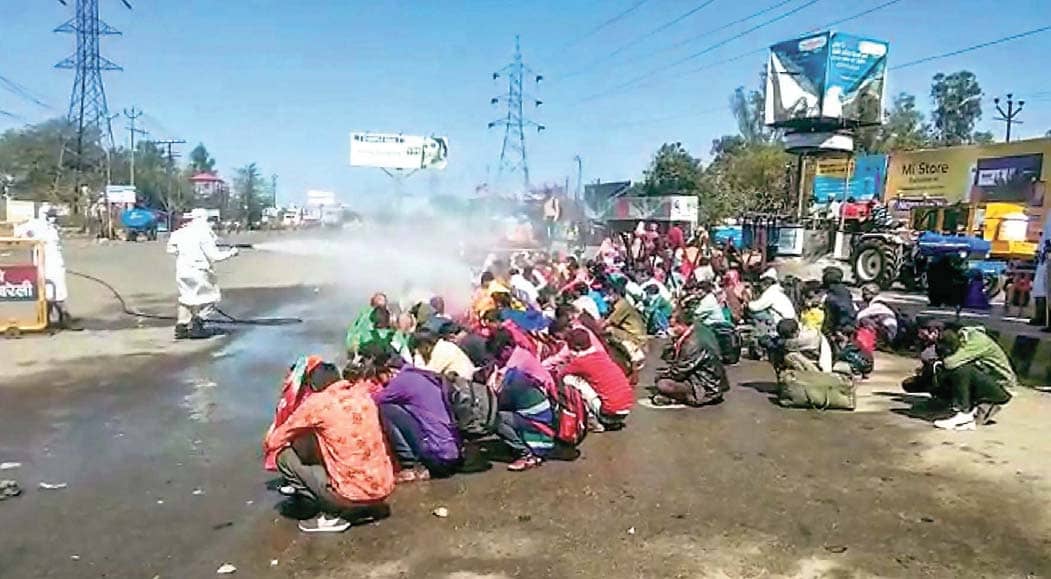 Action ordered against officials; those exposed to chemical to be examined

Migrant labourers returning to Bareilly were forced by the district administration to take a open-air bath with a disinfectant before being allowed entry into the district.

Sodium hypochlorite solution, commonly used as a bleaching agent to remove stains, was used on the migrants, officials later admitted.

Footage of the incident showed the group of migrants, including women, squatting on the road near a checkpoint in as officials in protective gear sprayed the solution through a hose pipe on them. While at least two officials film the incident, one of them is heard asking the migrants to close their eyes, telling them that the solution affects the face.