Massive Spike Of 522 Cases In Maharashtra 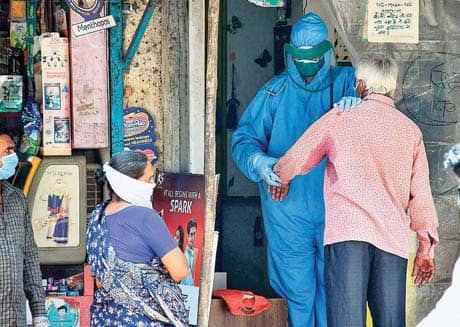 Maharashtra reported yet another massive spike of 522 new cases as the State’s cumulative tally surged to 8,590 COVID-19 positive cases on Monday. As many as 27 deaths were reported from across the State, taking the total death toll to 369.

According to figures given by the State Health Department, 15 of these deaths were reported from Mumbai city, while as many as six were from Amravati city — which had hitherto remained unscathed by the contagion.

Four more deaths were reported from Pune district, and one each from the Aurangabad and Jalgaon districts.

As many as 94 persons were discharged on Monday, taking the total discharged in the State till date to 1,282, said State Surveillance Officer Dr. Pradeep Awate.