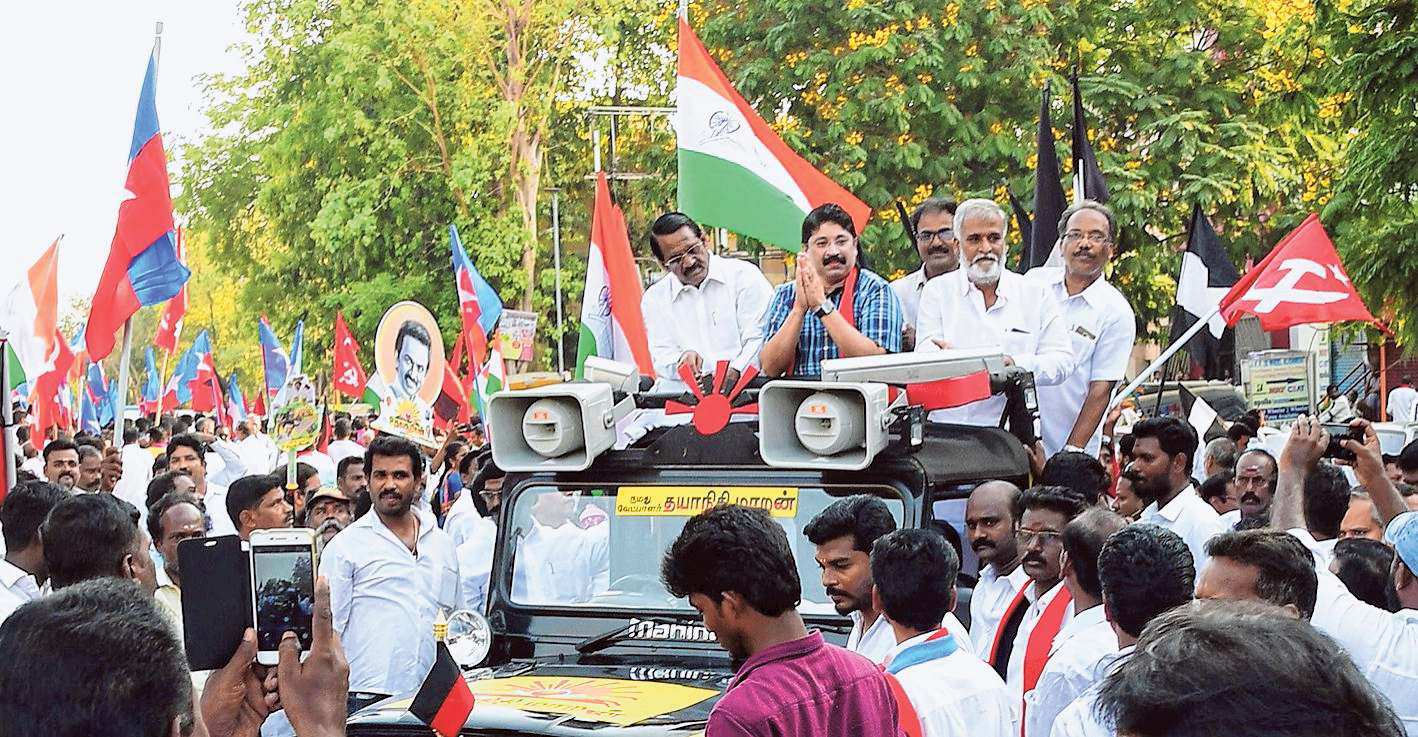 Sams the State government for not taking initiatives to solveproblem

“Everywhere I go, I see peo­ple waiting with buckets to fetch water,” the former Union Minister Dayanidhi Ma­ran said on Sunday, even as many in Villivakkam were walking with empty plastic pots to get water.

Speaking to The Hindu, Mr. Maran, who won twice from the constituency in 2004 and 2009 but lost in 2014, lashed out at the State government for not taking initiatives to solve the water problem in the city.

“They merely claim that the issue will be solved. But what is the reality? The same situation occurred in 2004. We should have plans to save water,” he said.